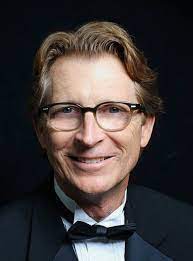 New Music Director!  The Austin Jazz Workshop welcomes Shawn Ellison as the new Music Director of the nonprofit corporation.  Shawn will take the helm for the upcoming AJW Season #28, Takin’ Off! With Herbie Hancock.  A long-time member of the ensemble, we are ‘jazzed’ to see him step into his new role as AJW Music Director.  Welcome, Shawn!

Emerging Jazz Talent (EMJATA) is a weekly or bi-monthly performance opportunity for young jazzers of middle and high school age to sit in with the Austin Jazz Workshop in a safe and supportive public setting.  The program has been on hiatus due to the pandemic since March of 2020, but we hope to get it up and running again in January of 2022.  Watch this space for future developments! 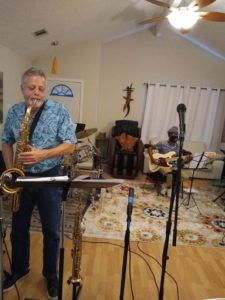 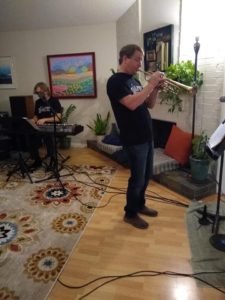 Sparky Thomason and Shawn Ellison tearin’ it up via livestream!

The Austin Jazz Workshop can save you money on your taxes?

Charitable donations of stocks and mutual funds can be made directly to the Austin Jazz Workshop, thereby avoiding capital gains tax.  Help out a good cause and lower your tax burden at the same time!  For more information, contact Michael Melinger at 512-829-7255 or ausjazz@gmail.com.

You can donate to the AJW simply by shopping Amazon!  When ordering, point your browser to https://smile.amazon.com and specify the Austin Jazz Workshop as your chosen recipient charity.  The AJW will get a portion of every dollar you spend! 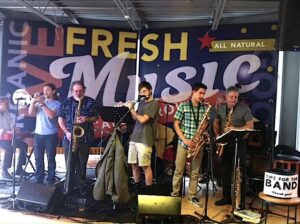 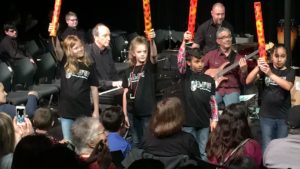 AJW in the Community

Part of our mission is to collaborate with student ensembles and other nonprofit groups on public events, as well as events for the general community.

The Austin Jazz Workshop offers reduced rates to nonprofit agencies in the Austin area for your benefits, fundraisers, and special events.  It’s cheaper than you think to have top professionals provide live music for your organization!  Contact us for a quote at (512) 829-7255. 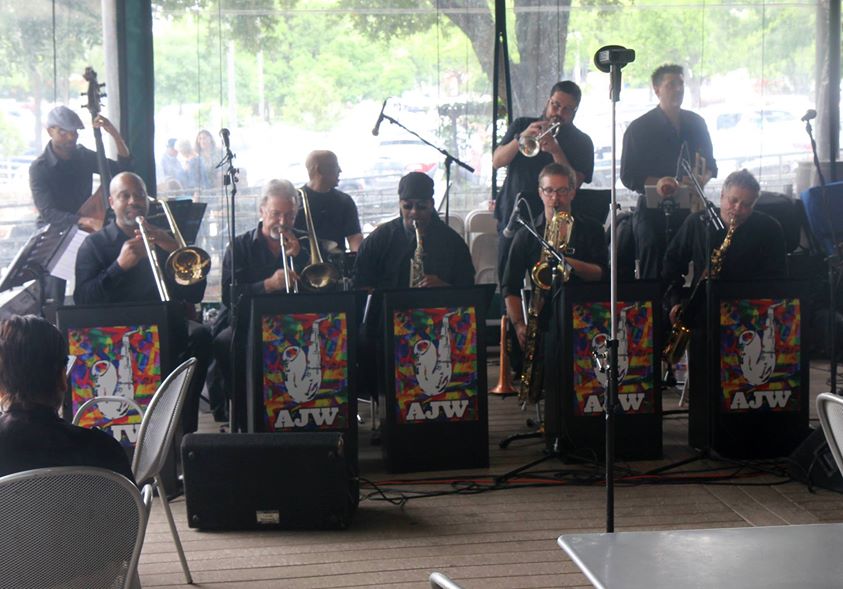