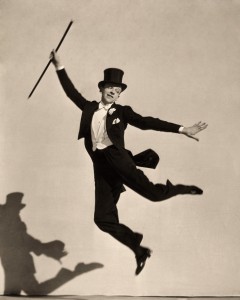 Last week, I was in a classroom full of fourth graders playing sax and talking about jazz and Miles Davis, when a young man raised his hand and asked: “Do you have any power moves?”

I paused for a moment, which gave him a chance to elaborate: “you know, like sliding across the stage on your knees?  Can you do that?”

As I’m formulating a response, I’m thinking to myself: at least this kid is hip enough (or has parents hip enough) to know who Pete Townshend is.  So he already won a special place in my heart, because you and I both know that The Who, in their prime, were the Greatest Rock Band in the World.

Sorry, but there’s no argument there.  Watch “Live at the Isle of Wight” if you need convincing.

Anyway, back to the kid’s question.  I’m sure my response came across as stodgy:  “Look, I may as well make this clear right now.  Playing music is playing music.  Dancing is dancing.  They can happen separately or together, but you don’t have to dance to play great music.”

I’m not sure I convinced him.  More and more, audiences young and old are being trained to think of a live concert solely in terms of its choreography.  It started with TV, when producers figured out that watching musicians stand around playing was B-O-R-I-N-G, but the same song livened up with the June Taylor Dancers kept folks riveted to their sets.  But at least in those days, it was clear who was doing the dancing.

Now the technology has progressed to the point that musicians dance with gusto, abandoning their instruments onstage because they were never playing them in the first place.  They are miming playing to pre-recorded loops, electronic rhythm tracks, and the like.  Audiences are mostly oblivious to the fact that the band they are watching ‘live’ is a sham.  About twenty years ago, the band Milli Vanilli was found to be lip-synching to other people’s voices and had their Grammy award revoked.  Today, they would just be one of the pack.

Think I’m exaggerating?  I was talking last week to a colleague and booking agent who had just returned from Vegas.  He said that every act he saw, in every casino and lounge, was presenting a pared-down group whose typical on-stage presence was one live musician playing keyboards, who was also running sequences for bass, guitar, keys, and sampled horns; one live musician playing additional drums or percussion; and six choreographed dancers.

That is just sad.  How can we ask young people to get fired up about learning to play an instrument when this is the future of performing?  Best trade in that saxophone for a dance class, because that’s your ticket to getting onstage.  Why spend years learning to do something that one savvy programmer can lay down in their sleep, then plug in to the arrangement whenever and wherever it’s needed?

I know, I know.  A lot of bands still play their instruments.  But many do not.  And many more can play passably well, but ‘sweeten’ their recordings and demos with multi-tracking, pitch and time correction, and ‘ringers’ who will not be appearing onstage.  Little wonder that people want to see a band play ‘live’ before they hire them.  How do they know what they hear on the demo is what they will hear at their party?

Young bands, in particular, have allowed themselves to be seduced by the available technology into believing that they sound great.  But the heavy lifting is being done by the software.  All these kids are bringing to the party is the dip.

The genie is out of the bottle.  All I can do is point students to Charlie Parker, Art Tatum, Clifford Brown, Ella Fitzgerald, Louis Armstrong, etc., etc., and remind them: these folks never had sequencers, or synthesizers, or ProTools, or any other studio tricks.  What you hear is what they created.  It ought to be enough.  It is enough.

And if you think spending 20 hours in the studio to come up with a 3-minute track makes you a decent musician, you’re just kidding yourself.

Hey you lousy kids!  Get offa my lawn!